I feel  bad for not posting anything in so long but at the end of the day, we all have issues.

Today’s post is in response to a share from my Facebook newsfeed that actually pissed me off to the point where I wanted to reply. For some reason, WordPress wouldn’t let my comment be posted to her blog (maybe she has an automatic filter on a word I used?), so I guess I’ll just post it on my own along with the article for people to be amused at.

Friend of mine shared this on Facebook and I felt compelled to read to find out the reasoning behind your decision. My comment on her share was something I don’t think you’d want me to repeat on your blog. Instead I shall tell you a story.

When I was a child, I hated my mother brushing or washing my hair. Even though she told me about the perils of dandruff and headlice being rampant at school, I hated her coming near me. Probably had more to do with the fact that she was an abusive alcoholic and that one of her boyfriends was sexually abusing me at the age of 5 and took photos of me asleep which would be classed as child porn now. He officiated a bike race at the bottom of my road last month and it took all of my self-control not to storm down there and lamp him.
Amusingly enough, my nan was absolutely fine with getting me to have baths, brush my hair and washing it. Maybe it’s because she was trained by Elizabeth Arden and had her own hairdressing salon for many years. Maybe it’s because I saw her as more of a mother than my biological one. Maybe it’s because I felt safe around her and therefore was compliant with her touching me. What I can tell you is that I never felt it was “abuse” to brush my hair against my will, even by my mother. And yeah, I had full on screaming and crying fits, tears, tantrums, trying to lock myself in the bathroom, the works. I saw her holding a knife to my throat as abuse. I saw her smacking me on the backs of my tiny 2 year old toddler legs with a wooden spoon as abuse. I saw her boyfriend locking me in a room every night when he brought me home from school as abuse and her being compliant in it. I saw them both hitting me as abuse. I didn’t see what was done to me sexually as a child as abuse until many years later and it caused me to never want to have anything to do with my mother again, knowing that she allowed her eldest daughter to be preyed upon by two boyfriends.

Brushing my hair against my will was not abuse. At all. What you’re doing by not brushing it actually borders on abuse as a result of neglecting your child’s basic hygiene needs.

Why did I comment just to say that? Because your post actually moved me that much given my own experiences to point out to you how cruel you’re actually being to your children, not to mention how trivial your idea of “abuse” is.

My nan actually encouraged me to take pride in my hair. She’d let me pick out really nice hair clips, scrunchies, let me experiment with temporary dyes when I was young… Not because she felt that I needed to be “pretty” (she was actually anti-makeup in terms of every day wear and gave me the love and validation that my own mother wouldn’t), but because she knew that it was a good thing to encourage me to care about my personal hygiene, health and appearance for my own happiness and well-being. It most certainly wasn’t to groom me for paedophiles.

Your blogpost has honestly been the most offensive thing I’ve read in a long time due to your trivialisation of child abuse which you clearly had no experience of or you wouldn’t be writing such total guff.

(For those curious, my comment on the share was likening what she was doing to her children to animal abuse. I decided to be kind and leave that out of the proposed comment. Apologies in advance for any poor grammar, was pretty steamed when I wrote that response.) 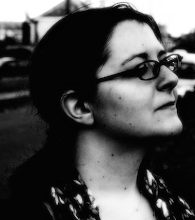